In Revelation18 verse 23 the Bible tells us that
the nations were deceived by "sorcery" which
in the Greek is "pharmakeia" which is where we
derive our word for Pharmacy or
the use of drugs for medicine.

Should you take the COVID-19 vaccine?

Whether or not to take the vaccine is a personal choice. God gave us free will to choose, He never forces us to do anything.  When we make a decision on something it is good to have an informed choice, but when you are only given one side of the story and are being coerced into a medical treatment when you are not even sick then you have a problem!

Article 6 of the Nuremburg code implemented after the second world war states that no person should be subject to a medical experiment without full consent and should be made aware of all possible side effects.  Governments around the world have broken this code with the so called COVID-19 experimental vaccine!  [ Link to the Nuremburg Code ] Did you hear it announced on the news or by your doctor that one of the side effects could be death?  You can see the latest death rate and adverse reactions on the Open Vaers website https://www.openvaers.com/covid-data.

To address this I would like to share my research below which you may struggle to find on the mainstream media because they are actively censoring search engines and social media. More recently I have noticed they are also employing counter narratives and debunking articles but they are never backed up with data mainly just rhetoric - Who fact checks the fact checkers!  Hopefully through the guidance of the Holy Spirit this will help you make the right choice.

Like most people, I put my trust in the doctors and health professionals to have our wellbeing at heart and I never questioned vaccination as we are told they are completely safe and indeed essential.  In theory the immune response appeared to make sense and it never occurred to me to ask what was in it or if it could be potentially harmful.  However, as I began my research on the development of the Coronavirus vaccine I was shocked by a number of findings:

Do we really need a COVID-19 Vaccine?

The narrative being broadcast around the world is that we cannot get back to normal until the entire world population has been vaccinated whether they are an at risk group or not - WHY?
Sadly people have died from COVID-19 but the vast majority have been the elderly and those with unerlying health issues who would be susceptible to any coronavirus seasonal outbreak as has happened in previous years.  The figures we should be looking at is the all cause mortality data, which in the USA is no greater than any other year in the past five years and in UK it is only up slightly.  It should also be noted that cases of flu have dissapeared completely and other major causes of death such as heart disease and Pneumonia have miraculously plummeted at the same rate that Coronavirus has increased!

Many Medical Experts World Wide Have Grave Concerns Regarding The So Called Vaccine.

Medical science like any good science should be derived from evidence based data and not solely on computer based models or a manufacturer's sales pitch.
Do our Government paid Doctors and health workers practice due dillegence when prescribing drugs or vaccines, or do they simply take the sales rep's version or Government minister's orders as gospel? I would like to think they would at least read up on it a little, some do but I tend to think due to the pressures of their jobs the majority would certainly not have the time to do so.  Also like any other employee they would be very reluctant to say anything against their employer (The Government) as they have families to feed and speking out would mean their instant dismissal!  There are two major problems with that stance in the current situation.  Firstly they are bound by an oath to do no harm. At the Nuremberg trials after the second world war a defendant's statement of "I was just carrying out orders" was not considered a defence at all and many were convicted and executed for war crimes (the truth will come out eventually - it always does!).  Secondly, their own families may well be put at risk from this so called vaccine.

From listening to various medical experts many of which feature in the videos below, one of the most alarming threats apart from the initial adverse reactions is what is known as "Pathogenic Priming."  Put simply, previous atempts to make a successful mRNA coronavirus vaccine never got past animal testing.  While the animals developed antibodies and seemed perfectly healthy, as soon as they came across the next coronavirus in the wild they suffered a castastrophic immune response, causing a cytokine storm leading to respitory failure and death.  To get the COVID-19 vaccine fast-tracked into use there is no conclusive evidence regarding the critical animal testing. Some reports say animal testing was bypassed completely while others say it was tested on mice and macaques.  However, even if it was tested on mice and macaques there is no way enough time was allowed to determine if it is safe.  It normally takes many years to determine vaccine safety and now the public have been unwittingly coerced into becoming part of the testing process for this vaccine!  That is both illegal and morally indefensible!

The true damage of this vaccine won't be known until the autumn of 2021 when the next coronavirus/flu comes along, that's when those who have been vaccinated will face a new virus in the wild.  If it follows the pattern of the previous failed vaccines then outcome will literally be genocide!  It can clearly be seen that the extraneously controlled world governments lead by Israel are determined to persuade and coerce mass vaccination of their entire populations by August 2021.  If they leave it much longer than the end of the summer then people may begin to see the consequences of taking an untested mRNA vaccine and would refuse to take it.  No doubt when people start dropping like fies it will be blamed on a new variant or strain and they will deny any connection to the vaccine (but you heard it here first)!  This will allow them to continue their population control cycle of lockdown-vaccination until they have achieved their goals.
Here is a more technically detailed explanation of Pathogenic Priming for those medical professionals that might be interested:
Homology between human and viral proteins is an established factor in viral- or vaccine-induced autoimmunity. Failure of SARS and MERS vaccines in animal trials involved pathogenesis consistent with an immunological priming that could involve autoimmunity in lung tissues due to previous exposure to the SARS and MERS spike protein. Exposure pathogenesis to SARS-CoV-2 in COVID-19 likely will lead to similar outcomes. Immunogenic peptides in viruses or bacteria that match human proteins are good candidates for pathogenic priming peptides (similar to the more diffuse idea of "immune enhancement"). Here I provide an assessment of potential for human pathogenesis via autoimmunity via exposure, via infection or injection. SAR-CoV-2 spike proteins, and all other SARS-CoV-2 proteins, immunogenic epitopes in each SARS-CoV-2 protein were compared to human proteins in search of high local homologous matching. Only one immunogenic epitope in a SARS-CoV-2 had no homology to human proteins. If all of the parts of the epitopes that are homologous to human proteins are excluded from consideration due to risk of pathogenic priming, the remaining immunogenic parts of the epitopes may be still immunogenic and remain as potentially viable candidates for vaccine development. Mapping of the genes encoding human protein matches to pathways point to targets that could explain the observed presentation of symptoms in COVID-19 disease. It also strongly points to a large number of opportunities for expected disturbances in the immune system itself, targeting elements of MHC Class I and Class II antigen presentation, PD-1 signaling, cross-presentation of soluble exogenous antigens and the ER-Phagosome pathway. Translational consequences of these findings are explored.
An abstract from an article by Dr. Lyons-Weiler
Link: https://www.ncbi.nlm.nih.gov/pmc/articles/PMC7142689/

From the World Doctors Alliance 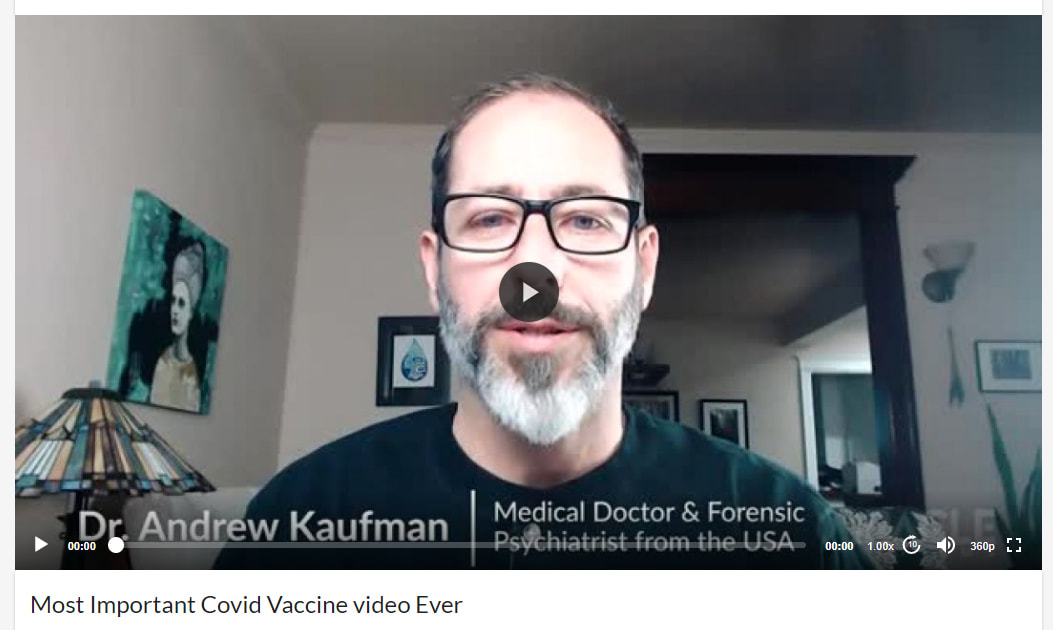 Some Experts Say It Does Not Qualify As A Vaccine 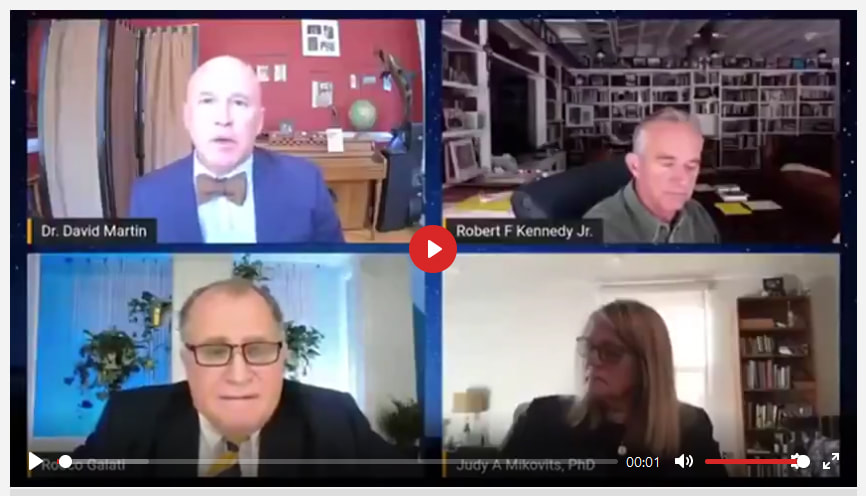 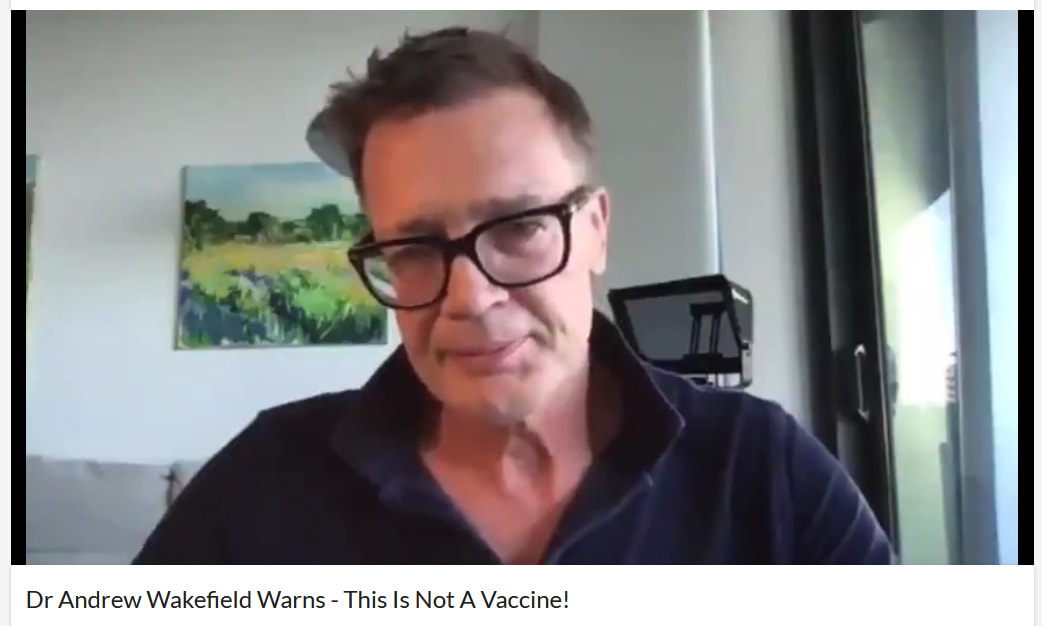 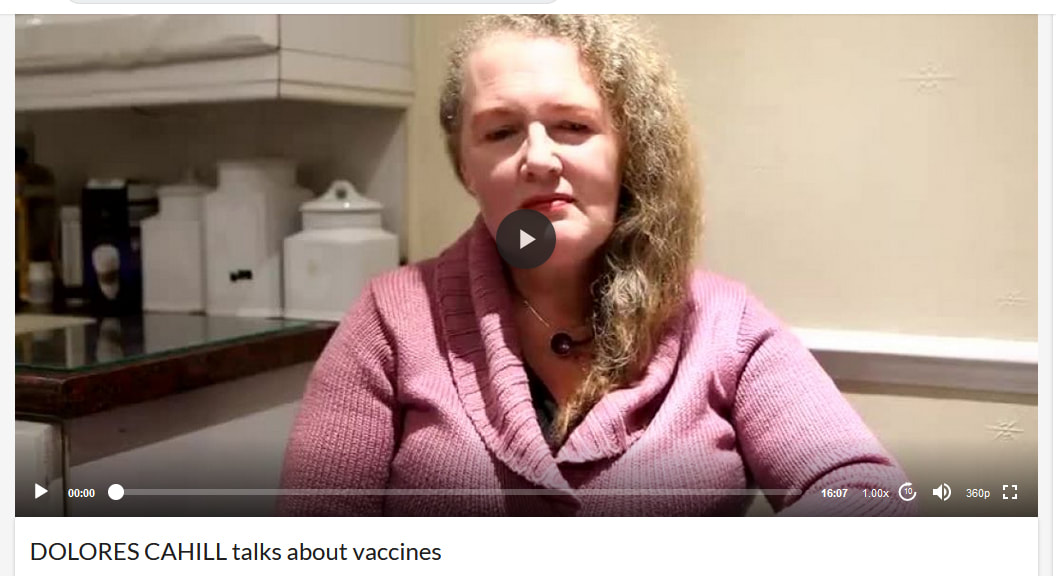 What is planned for the COVID-19 Vaccine?

The vaccination program is a key part of the Great Reset planned by the World Economic Forum (www.weforum.org).  In fact they are so keen to make sure everyone gets it they are encouraging governments to bring in new laws to remove any social media posts that question it or have a counter narrative - so much for freedom of speech and freedom of choice!  (For more information on the Great Reset visit my page Here)

The next stage will be a vaccine passport.  While by international law they cannot force people to take the vaccine individual companies and traders can deny access to services and travel without proof that you have been vaccinated. Australian airline Qantas has already stated that a vaccine passport will be required for travel (LINK to News Item) and Ticketmaster has also indicated that it will be required to access concerts etc. (Sounding a bit more like Revelation 13 already!)

This vaccine will be like no other vaccine used before, it is untested and experimental. It will contain mRNA which will genetically modify a persons DNA, apart from the extremely dangerous health risks this comes with, our DNA was written by God our creator (link to Video) and to manipulate or change it in any way is morally indefensible.  Some would go as far as to postulate that the changing of our DNA could be the reason those that take the mark become unredeemable in Revelation 14 9-10 but that is purely conjecture at this stage.

The vaccine will eventually be accompanied by a tracking system or digital ID developed with Microsoft (www.id2020.org) in the form of microneedles which can be easliy and painlessly applied leaving an infrared mark on the hand or if you wear gloves as part of your job it can go on your forehead.  The infrared die that is to be used is called Luciferase.

The vaccine will also contain a hydrogel Bio Sensor (see link further down the page) developed by the US Military which consists of nano particles which become one with your body and can never be removed.

The operation to administer the vaccine will be huge and has been described as the biggest mobilization operation since world war 2 and will involve the military. The vaccines to be introduced by the UK government are called "Ambush" and "Triumph."  They will be supplied by Oxford Astra Zeneca (funded by the Bill and Melinda Gates Foundation).
In the video below Dr Carrie Madej explains her concerns about the coming vaccine including the accompanying tracking facility.  I could not embed a YouTube video as all her videos on the subject are being systematically removed.  If you click on the image it will take you to an uncensored video platform called brandnewtube where you can watch, it is around 21 minutes long.  There are many other concerned doctors and scientists but I thought she explains it very well. 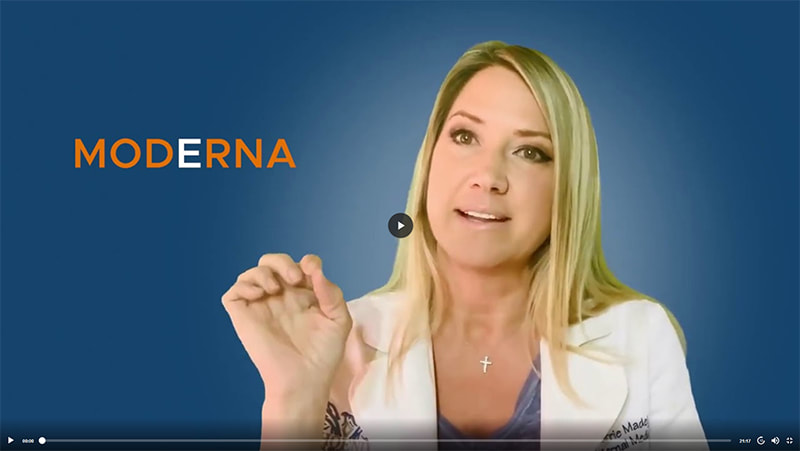 The Purpose Of The Vaccine?

In my opinion the, purpose of the vaccine is to bring complete control and domination of the world population through pharmaceuticals and technology.  The ability to track and trace every movement, communication and transaction that you make.  Facilitating a one world government, one world cashless digital currency system, a one world religion and ultimately a one world leader aka the antichrist or man of sin as foretold in the book of Revelation.
If you haven't accepted Jesus Christ as your saviour please do not delay, it is a FREE GIFT from God and time is very short!